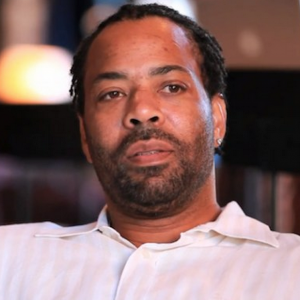 The D.O.C. confirmed via Twitter this past weekend that he is getting his original voice backafter a 1989 car crash crushed his vocal charts. This came after his appearance on Sirius XM’s “From The Press Box to Press Row,” where he debuted the voice to the public.

“About a year and a half ago, my voice started coming back on its own and if I concentrate, I can speak with a natural speaking voice again,” The D.O.C. says in the interview in his signature deep voice that was lost in the car crash.

“I don’t have the power that I had, but I have the voice,” he continues, going back to his wispy voice. “It came back. I don’t know what’s gonna happen. I was actually in prison when it came back.”

He says that having found peace with his loss might have allowed the original voice to return and that losing his voice was very painful physically and emotionally.

He says that he enjoyed the N.W.A film, Straight Outta Compton, which portrays his car crash and shows Dr. Dre and Suge Knight visiting him in the hospital. The D.O.C. released his debut album, No One Can Do It Better, shortly before the crash on Eazy-E’s Ruthless Records. However, The D.O.C. says the movie glossed over some of the darker times that he experienced.

“God-willing, if I get a chance to tell this side of the story, you’ll be able to see there’s a lot of really crazy things that happened, a lot of really fucked up things, if you’ll excuse my language that was going on in those days,” he says.

The D.O.C. said in 2011 that he was splitting professionally from Dr. Dre. In the Sirius interview, he explains where he currently stands with the rapper-producer.

The D.O.C. became a successful ghostwriter after the crash halted his Rap career. He is credited with penning much of Dr. Dre’s debut solo project The Chronic. He says that writing allowed him to remain in the industry, but it wasn’t the same without his voice.

“I’m a writer, so writing is always gonna be easy,” he says. “The thing that was difficult was facing the fact that I didn’t have my superpowers anymore so to speak. Before, pre-accident, my voice was really pretty special. I could do damn near anything with that thing. So rapping post-accident, it was more difficult for my psyche than anything else. I can still write with the best of ’em even today, but I don’t have the vocal strength to really pull it off.”