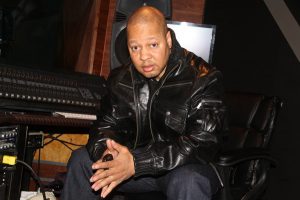 Here is the first official video off the album, “Lady Heroin”

He also appeared in the Death Row movie Murder Was The Case which also spawned Sneed’s “U Better Recognize” single featuring Dr. Dre being included ont he film’s soundtrack.

Following his time on Death Row Records, and after surviving a brain tumor, Sneed produced for Jay-Z (“Anything”), G-Unit (“I Smell Pussy”), Scarface (“Fuck’n With Face”) and others.

Street Scholars will feature “U Better Recognize”, “Lady Heroin”, “Goin’ Hollywood”, “Drug Related”, and 10 brand-new tracks that Sam Sneed has recorded for the album.  The project is set to feature Dr. Dre, Nu Starz Entertainment, J. Flexx and others.